Every single person that arrives in Prague (or in the Czech Republic in general) knows what to look for at the first place. It’s the miraculous bitterish beverage that has its origins in Germany, but nowadays is known to taste best right in the middle of Europe: in the Czech Republic. Big fault it is if you haven’t tried different kinds and brands of Czech beer yet. But don’t worry; we’re bringing you a good chance via this article. 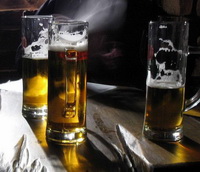 The Legend. That’s what it is. Known all around the world, “Plzensky prazdroj” (that’s what the original name of the brewery in Czech looks like) is the Czech man’s biggest pride. If you thought it was his woman... Nuh-uh. Beer goes first. :) It always does. And Pilsner Urquell is the peak, the top of the line. The king. Okay, enough of that, let’s try some facts. Firstly look at how Pilsner is made. The animation is pretty neat and gives you a good idea of how difficult the process of brewing beer actually is. Another interesting thing about Pilsner is the actual word – doesn’t it sound a little familiar to you, although never had the actual Pilsner Urquell? It’s very possible, because the word “pilsner” or “pilsener” has become a general term for pale lager all around our planet. Not many people know it, but this word comes from the name of the city Pilsen (Plzen in Czech), where the Pilsner Urquell brewery resides. And when talking about the city, the brewery takes an enormous part of the city’s size! And what’s even more important, we can get you there!! Look at our Pilsner Urquell Brewery tour and join all the people who have experienced the insider look! I’ve been there twice and trust me: there are not many things in life worth the money more than this... :) Okay, thinking about getting a Pilsner beer in Prague? A very good place for that is the PUB (Pilsner Urquell Bar) chain. One of their restaurants is in Veleslavinova Street close to the Old Town Square. Just to make sure you get yourself a table, book it beforehand. It uses to be quite full late in the day, especially during the school year (Czech college students get terribly thirsty every single day)... Once you get into a good pub, the choice is yours: Pilsner Urquell makes three major beers and that is the original “Plzen” (12°), “Excellent” (11°) and “Gambrinus” (10°). Try them all. Get yourself at least two of each. ;) 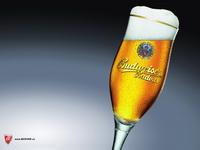 The “Budejovicky budvar” (the original Czech name again) is another very famous Czech beer brand. Better than Pilsner for some, so get yourself a chance to compare and let us know, what you think. Here we go again with another original word that has spread all around the world. It’s a quite silly situation that we’ve got. I’m not gonna be politically correct now (this is written by a patriotic Czech person) but you decide yourself how fair this is: years and years ago there was this city in the south of Czech established and it was called Ceske Budejovice in Czech and Budweis in German. Budweis... And then they started making beer there and exporting it under the name “Budweiser” (meaning “from Budweis” in German) to the entire world for how good it was. And guess what, a completely different company started making beer called Budweiser in the States. In 2009, it got decided that this American company may keep selling this beer under the name Budweiser, while the Budweiser Budvar has to be imported under the name “Czechvar”. Sounds terrible to me.

Okay, enough of that, I’m getting thirsty... Not for water. :-D Later on, my children, I will tell you about smaller and less known Czech breweries. They definitely are worth mentioning as well!! Cheers.